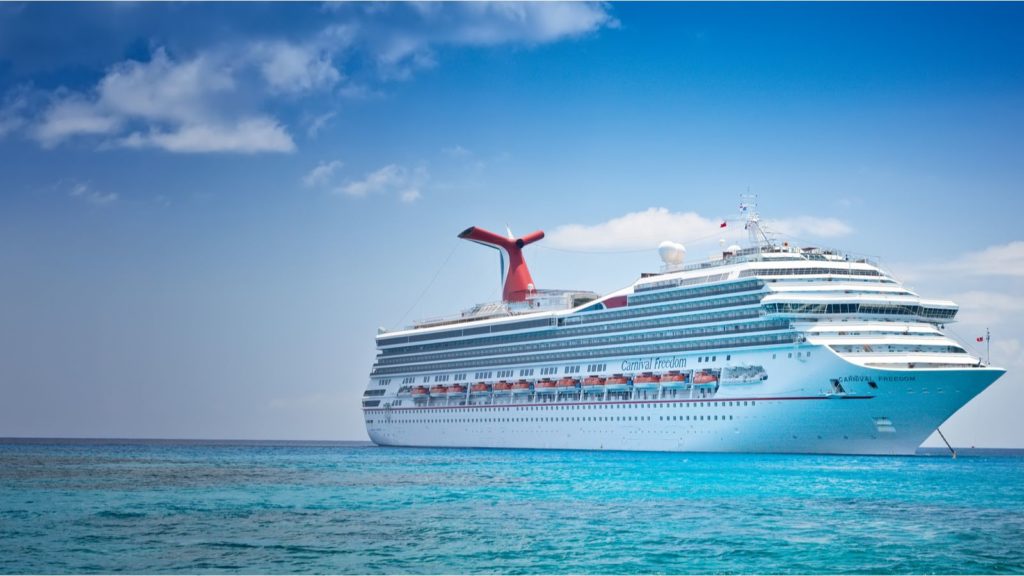 The outlook of Carnival Corporation (NYSE:CCL) stock has improved in recent weeks, but given the cruise operator’s extremely high debt load and the great amount of uncertainty it continues to face, I still urge investors to sell their shares.

In addition to its highly elevated debt load, Carnival must deal with massive, continued legal and regulatory uncertainties.

More than that, it also has to contend with  potential incidents that could meaningfully hurt its financial results going forward.

On June 18, a federal district court judge ruled that the CDC had probably overstepped its authority by preventing cruise ships, including those owned by Carnival, from sailing from U.S. ports.

On that date, the CDC’s order is slated to become nonbinding guidance for the cruise industry, similar to the tools the agency uses with industries like airlines and railroads, according to the Wall  Street Journal.

But district court is the lowest level in the U.S. federal court system. As a result, I think that there’s a good chance that the Biden administration will appeal the court’s ruling and get it overturned by a higher court.

If such a scenario plays out, Carnival and its peers would once again be unable to launch cruises from U.S. ports. That ban, in turn, would likely keep a lid on the U.S. cruise operators’ rebound.

Another problem for Carnival and its peers is that the governor of one of its top hubs, Florida, has steadfastly refused to enable any entities to ask consumers to supply proof that they have been vaccinated against the novel coronavirus.

If cruise operators cannot require such proof, many individuals who are vulnerable to the coronavirus may decide to avoid cruises and pursue other recreation activities that do not facilitate close interactions with other people for many days.

The vaccine documentation issue is currently being negotiated by Florida and the cruise  sector.

As I’ve noted many times in the past, the cruise sector, including Carnival, could be very badly hurt by a coronavirus outbreak during any long-term cruise.

Although the vaccines make such a scenario unlikely, I don’t think that the shots can prevent it entirely. If cruise operators are not allowed to ask for documentation of vaccines, the chances of an outbreak will be rather high.

If hundreds of people on a cruise are forced to quarantine themselves in their tiny cabins for days, the vast majority of  consumers  are likely to avoid taking cruises for many months afterwards.

Finally, as another InvestorPlace columnist, Faizan Farooque, pointed out in his June 1 article on CCL stock, the CDC’s rules for cruise participants are extremely strict.

For example, they must wear masks even when they are sunbathing. I haven’t seen any indication that the federal judge’s recent order affects those rules.

As of the end of the first quarter, Carnival owed a huge $32.7 billion to its creditors, up from $13 billion during the same time a year earlier, while its debt-to-equity ratio was a staggering 165.

What’s more, after selling hundreds of millions of shares of CCL stock during the coronavirus crisis, the cruise operator has nearly 1 billion shares outstanding. That’s share dilution on steroids!

Still facing tough challenges and lacking certainty on many fronts, Carnival is way too risky to invest in.

Consequently, investors should unload the cruise operator’s shares at this point.

Larry Ramer has conducted research and written articles on U.S. stocks for 14 years. He has been employed by The Fly and Israel’s largest business newspaper, Globes. Larry began writing columns for InvestorPlace in 2015.  Among his highly successful, contrarian picks have been GE, solar stocks, and Snap. You can reach him on StockTwits at @larryramer.

With Musk Describing Gigafactories as “Money Furnaces,” Should You Buy Telsa Stock?
Will This Recession Be the Financial Crisis All Over Again?
6 Undervalued Dividend Stocks to Buy Before July 2022
Stock futures rise as Wall Street looks to snap losing streak
It’s a Bad Time to Buy a Pre-Revenue Stock Like QuantumScape