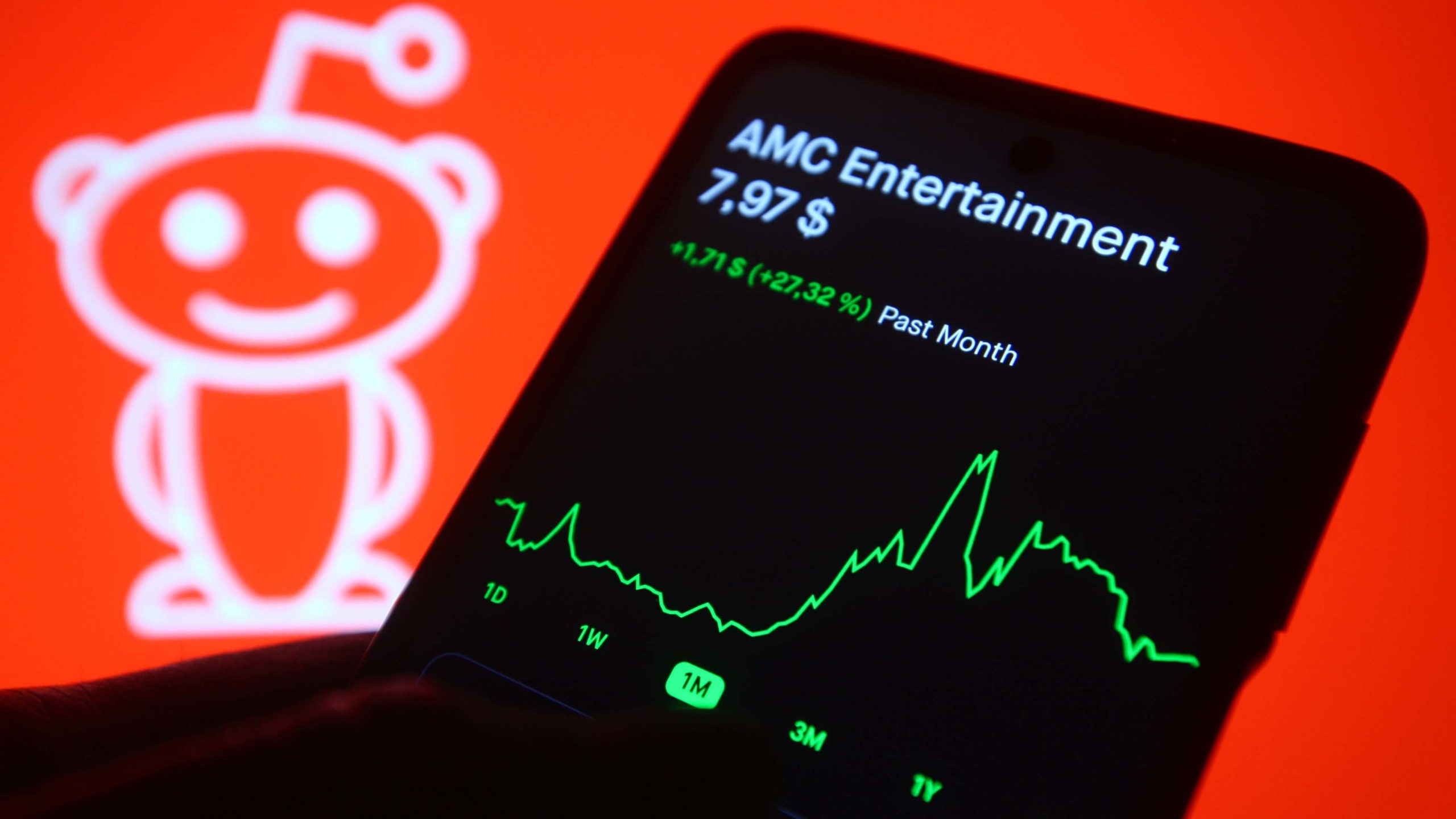 A spate of positive developments may be helping to keep AMC Entertainment (NYSE:AMC) stock steady. But should investors take this as a sign that it’s wise to buy in now, ahead of this “meme stock” favorite of the Reddit trading community surging higher once again?

Not so fast. Its recent resiliency may call into question my claim that the stock’s capitulation had already begun. Admittedly, my bear case for the stock may take longer than previously anticipated to play out. Don’t mistake this though, for me changing my take on the stock completely.

Whether next month, next quarter, or even next year, the risk of a massive collapse remains on the table. Why? The self-proclaimed “Ape Army” of traders long the stock will at some point break. How? First, if or when the “mother of all short squeezes” thesis that’s been propping it up finally breaks.

If this happens? The collapse will occur, as the company’s underlying value remains far below what shares change hands for today (around $36 per share). Compared to the other top “meme stock,” GameStop (NYSE:GME), the gap between trading price and underlying value is even wider with AMC. To avoid the risk of tremendous losses, it remains best to steer clear.

On Aug 9, AMC reported results for the quarter ending June 30. Investors focused more on its revenue beat and lower-than-expected losses. But paying close attention to the details, it’s clear there really is not much to be excited about with this company’s results.

What do I mean? Losses were lower than expected. Yet a quarterly loss of $344 million, versus projections of $561.2 million, is hardly anything to go bananas about. Revenue of $444.7 million, versus consensus estimates of $382.1 million, may have been a nice surprise. However, that’s still far below the $1.51 billion in quarterly sales the company was generating this time of year pre-Covid.

Its theaters may be open again for business. Revenue is moving in the right direction. But this hardly justifies valuing AMC stock at a level many times what it was pre-pandemic. Now I understand that the “Ape Army” is not valuing this stock using traditional valuation metrics.

Instead, they’ve mostly built it around insinuations that  “dark pools” and other underhanded hedge fund tactics have resulted in a substantially higher level of short interest than has been reported (16.8% of outstanding float). Some see this as the perfect setup for the “mother of all short squeezes.” Yet given the low chances of this thesis playing out? Chances are, we’ll see the opposite happen, in a big way.

If Short Squeeze Thesis Collapses, So Will AMC Stock

Again, it’s hard to tell when. But at some point down the road, the longs will capitulate. Again, due to their “mother of all short squeezes” thesis on the stock fizzling out. With the Securities and Exchange Commission (SEC) investigating dark pools, “AMC Apes” for now may have enough on their side to bolster the narrative they’ve crafted about it.

But what happens if the SEC reins in dark pools, and it turns out AMC stock hasn’t been shorted to an extent larger than reported? What if, at the end of the day, only a moderate amount of its shares remain sold short, with said shorts biding their time until the long throw in the towel?

Shares will likely fall back to a price more in line with the company’s underlying value. To say that’s bad news for those who entered the stock at or above today’s prices is an understatement. As I broke it down in June, even in a “best case scenario,” it may be tough for shares to justify even a low double-digit per share valuation.

Putting it simply, the downside risk with this popular “meme stock” makes the downside with the other top dog, GameStop, seem more reasonable by comparison. That’s not to say you should buy that one, either. Yet if you thought that AMC had more potential to pop again, think otherwise.

Resiliency May Continue, But Risk/Return is Clearly Not in Your Favor

Despite my heavy bearishness about AMC Entertainment, I’ll concede that the madness could continue. At the very least, shares could remain between $30 and $40 per share, as the “smart money” short side is countered by retail “Apes” on the long side. But given the downside risk if this dynamic changes, in a way that benefits the shorts?

Without the “mother of all short squeezes” narrative, it’ll be tough for AMC stock to remain at prices well above its true value for long. To avoid possible high double-digit percentage losses, your best move remains to skip out entirely on this situation.