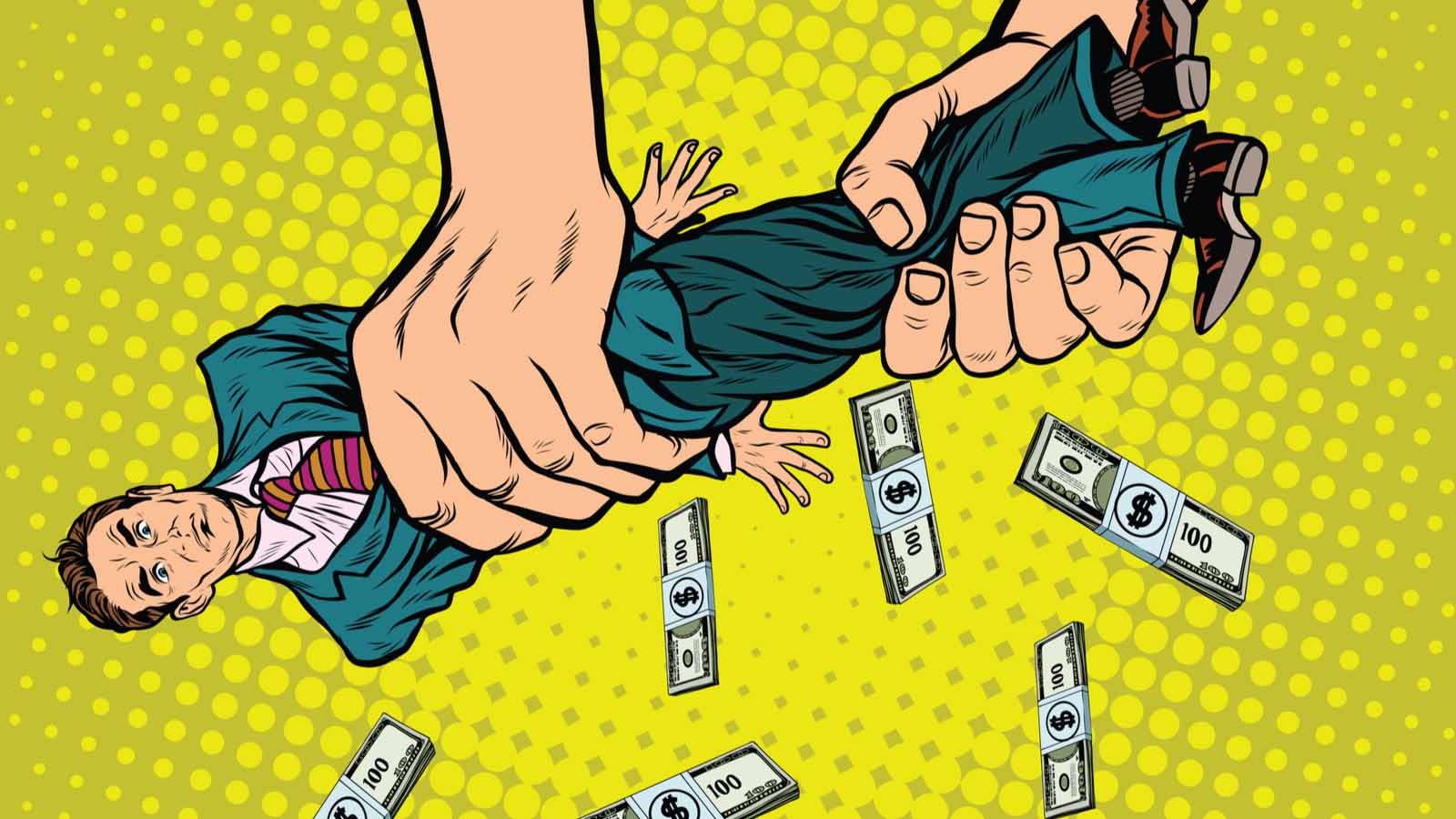 Short squeeze stocks are no new phenomenon. But so far this year, thanks to the potent combination of meme stocks and Reddit trading? It’s been an easy way for retail investors to make fast trading profits.

Between AMC Entertainment (NYSE:AMC), Clover Health (NASDAQ:CLOV), GameStop (NYSE:GME) and many others, quick to the punch Main Street traders have managed to beat the so-called Wall Street “smart money” short-sellers at their own game time and again this year.

Of course, making money on heavily shorted stocks isn’t always guaranteed. The key is to get into a squeeze in its early stages. For example, buying GME stock before it went from $20 per share to as much as $483 per share. Or buying AMC, after it pulled back below $10 per share prior to its second squeeze, which sent it as high as $72.62 per share.

Get in early, and you can see some epic gains in a short period of time. Get in too late, near the top? You’ll find yourself at risk of “holding the bag,” as they say.

Admittedly, AMC and GME have held onto most of their respective gains. Yet in the case of Clover, which zoomed from around $7.75 per share to as much as $28.85 per share in June. What’s it trading for today? Around $8.50 per share. A big drop if you got in near the top. These seven stocks look a lot less like stock market darlings and more like a game of hot potato.

Shares in Vinco Ventures have generated buzz several times this year. First, when the company announced plans to merge with digital media company Zash in January. Then again when the company hopped on the NFT (non-fungible tokens) bandwagon in late March.

But the latest news that has meme traders diving in and short-sellers reeling is the company’s most recent quarterly results. The numbers themselves, showing revenue declines and heavy losses, weren’t impressive. It’s the company updates accompanying the numbers that have the Reddit trading community excited again about BBIG stock. Namely, updates related to its recent Lomotif acquisition.

As you may know, Lomotif is an aspiring TikTok competitor. Back in July, I discussed how Vinco could spin the narrative that buying this stock is like getting into TikTok early. And when you consider the stock’s parabolic run from around $2.50 per share to $8 per share in a matter of days? That clearly played out here.

So with the meme stock army squeezing the shorts, why should you skip out on BBIG? With numerous red flags, vocal short sellers could come out of the woodwork, releasing scathing “short reports” that leave traders heading for the exits. In a situation where the easy money has already been made, don’t tempt fate by buying into BBIG stock at $8+ per share.

As I put it on August 20, going long on Ocugen is an all or nothing wager you shouldn’t make. If this biotech company fails to bring its Covid-19 vaccine Covaxin (developed by India-based Bharat Biotech) to North America, its shares are likely heading back to well under $1 per share. OCGN trades for around $7.66 per share today.

Unfortunately, the odds aren’t on the company’s side when it comes to getting full approval from the U.S. Food and Drug Administration (FDA), and EUA (emergency use authorization) from Canadian regulators. Not only that, it’s debatable whether it could generate a meaningful amount of sales for Covaxin, even with approval. Americans and Canadians who want to get vaccinated have many choices from the existing ones available.

If “vaccine mandates” become a thing? It’s going to be those vaccines available now, like the one developed by Pfizer (NYSE:PFE) and BioNTech (NASDAQ:BNTX) that reap an immediate benefit. Covaxin is still in the running for FDA approval, but it may not get approval until late 2022 or early 2023.

Putting it simply, going short this name is more likely than not to be a slam dunk for the smart money. If you own OCGN stock, consider it among those short squeeze stocks to sell ASAP.

SENS stock is one of those situations where the underlying business looks promising, but shares themselves do not appear to be a strong opportunity at today’s prices.

In other words, years down the road, its Eversense diabetes monitoring product could become a big success.

The problem? Today’s valuation already reflects that potential and then some. Sporting a market capitalization of $1.7 billion, Senseonics needs Eversense to take off sooner than anticipated just to justify the stock’s current price ($4 per share).

With the hype quickly fading, the short side in this name has become crowded. As of August 13, around 20.66% of its outstanding float had been sold short. This has some considering SENS one of the short squeeze stocks to buy. Yet it doesn’t even rank on the list of most-discussed stocks on Reddit’s r/WallStreetBets subreddit. Don’t expect Senseonics to all of a sudden see the level of en masse buying seen with some of the other names discussed in this gallery.

Once speculators that bought shares in recent weeks cash out and SENS falls back to the $2 per share it traded for during the spring, it could be a worthwhile long-term bet on Eversense.

But now, with its stock price reflecting its possible future payoff, even as that payoff is years away? The best move now is to sell if you own and stick to the sidelines if you don’t.

Support.com stock made sense as a short-squeeze play a few weeks ago, when I last wrote about it. At the time, it was changing hands at around $8.15 per share. Even then it seemed sort of pricey, but given its high-short interest (67%), and its potential to climb further once its deal to merge with Bitcoin (CCC:BTC-USD) mining company Greenidge Generation closed, SPRT seemed worth the risk.

Today, after the incredible squeeze that has sent shares up nearly four-fold? Not so much. I’ve long seen SPRT stock as one of the best crypto mining plays. Yet at today’s prices, the implied valuation of the combined company makes little sense. At the deal’s closing, existing owners of this stock will own just 7.7% of the combined entity.

At around $31.50 per share today, and a current market capitalization of $882 million, post-merger the entity will sport a valuation of nearly $11.5 billion. Even if Bitcoin continues to make a comeback, and the company hits the top end of its 2022 forecasts (per the merger presentation), that valuation is still seriously out-of-whack.

As the short-side scrambles to cover, SPRT stock could stay at its current inflated prices for now. But with the risk increasing that it slides back to $8.15 per share (or lower) as the deal close date approaches, it’s best to stay away from this meme stock when the ship has clearly sailed.

As was the case last month, WKHS stock still has several tailwinds in its favor, including the possibility of winning its bid protest for the USPS vehicle contract, as well as the potential its HorseFly drone technology obtains Federal Aviation Administration (FAA) approval.

Yet despite these favorable circumstances, don’t count on this being one of the short-squeeze stocks set to take off like a rocket in the immediate future.

For starters, the odds of its protest bid prevailing appear slim. Workhorse’s new CEO Richard Dauch, hasn’t even commented on its current status.

The HorseFly catalyst has some more potential. But it’s unclear when, or even if, it’ll receive FAA approval. Sure, another game-changing development could come out of left field. Say, a big vehicle order, or a partnership deal, like the one seen with Lightning eMotors (more below). However, despite being one of the most heavily shorted stocks, with short interest of 38.33%, it’s still better to take a hard pass on this stock.

It wasn’t exactly “game over” for Workhorse after losing the USPS vehicle bid to Oshkosh (NYSE:OSK) in February. Yet more than six months later, its prospects are continuing to dwindle.

Expect more of those still holding WKHS today to cash out. When this happens, the shorts will likely prevail, and the stock will tumble back to pre-hype levels (well under $5 per share).

Back in August, heavily-shorted WORX stock got squeezed to prices topping $5 per share. Since then, it’s pulled down to around $3 per share. But if you think this healthcare stock has room to make a trip back up to $5 per share, or higher? Think again.

Short-interest may have been as high as 58% just over a month ago. Yet as of August 13, WORX has already fallen to around 15.9%. Chances are it’ll continue dropping. Outside its squeeze potential, there’s little appeal to SCWorx. Its recent results and current balance sheet hardly justify this micro-cap stock’s $30.1 million dollar market capitalization.

Some may have seen potential with its Covid-19 catalyst. Yet looking at the details, its Covid personal protective equipment (PPE) endeavors look more like a red flag than an area of strength. Granted, that isn’t to say that the company’s main healthcare data business won’t see improvements once the pandemic finally wraps up. As also stated in its financial filings, the company cites the outbreak as something that has hindered new customer acquisition.

Nevertheless, WORX stock will likely make a trip back down to its past lows (around $1 per share) before it sees a boost from a post-Covid comeback for its underlying business. Avoid potential losses and cash out today if you own it. 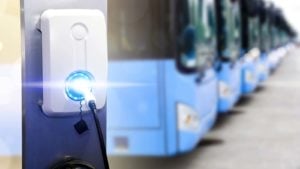 As of this writing, the squeeze on ZEV stock is still in full swing. Two major developments have sent shares from around $6.50 to as high as $17.36 per share. It’s since pulled back a bit, to around $9 per share, but ZEV is still up about 41% in the past month.

Both deals have sent the Reddit crowds piling into the stock. Already with a crowded short side (6.14 million out of 17.86 million float sold short as of August 13, or about 34.4%), the smart money may be scrambling to cover due to these game-changing deals. Yet don’t take this to mean there’s still time to hop in and ride the wave.

Sure, the Forest River deal may be worth up to $850 million in revenue. But that’s over a four-year period. The Collins deal is only worth $11 million over the next two years. The story with Lightning eMotors is years in the making. In the meantime, expect a pullback once this recent hype squeeze runs its course.

On the date of publication, Thomas Niel held a long position in Bitcoin. He did not have (either directly or indirectly) any positions in the securities mentioned in this article. The opinions expressed in this article are those of the writer, subject to the InvestorPlace.com Publishing Guidelines.