According to Reuters, more than half of U.S. companies will make Covid-19 vaccines mandatory in the workplace in the coming months. Some will go further and require vaccination as a condition of employment. I don’t know about you, but I believe companies willing to protect the health and well-being of all stakeholders are stocks to buy for the long haul.

The Reuters report suggests that out of almost 1,000 companies surveyed, nearly a quarter of them would make vaccination a condition of employment.

I say, “Right on.” After all, the companies will have to pay the health care costs of employees who did not get vaccinated and ended up in the hospital. Freedom’s a great thing, but when it gets in the way of commerce, businesses have to step up and protect the goose that lays the golden egg.

So which companies are taking a stand on vaccination? These 10 names are doing the right thing and taking Covid-19 seriously: 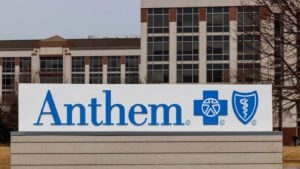 According to the Peterson Center on Healthcare and Kaiser Family Foundation, the cost of treating unvaccinated people hospitalized in June and July for Covid-19 cost approximately $2.3 billion.

So, it’s not surprising that one of America’s largest private health insurance providers requires all of its employees to be vaccinated before entering any of its offices.

“As an organization focused on the health and well-being of our members, associates and the communities we serve, we believe observing these recommended precautions is appropriate,” Michelle Vanstory, Anthem’s vice president of external communications, told Employee Benefit News in August.

ANTM stock is trading at 0.75x sales. That’s slightly higher than its five-year average, but not excessively expensive at this point.

The world’s largest publicly-traded asset manager will only allow employees to enter company offices with proof of their vaccination. BlackRock employees were asked to report their vaccination status in June. The company planned to have offices open in September, but an August article in The New York Times suggests it won’t fully reopen until Oct. 1.

Interestingly, BlackRock has not announced a vaccine mandate, according to the paper. However, since the Pfizer (NYSE:PFE) vaccine received full approval on Aug. 23, I believe it’s only a matter of time before the asset manager implements one.

At the end of August, BlackRock launched the first of its own mutual fund products in China. The asset management industry in China is said to be worth $15.4 trillion.

BlackRock CEO Larry Fink isn’t everyone’s cup of tea, but in my opinion he’s still one of the best in the financial services industry. 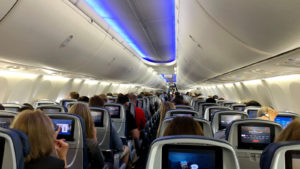 In July 2020, I suggested that Delta CEO Ed Bastian’s bold move not to sell middle seats in its aircraft until October 2020 would reward patient DAL stock investors. Well, Delta ended up keeping the middle seat clear until May 1 of 2021, seven months later than expected.

Delta’s total return over the past year is 28%, which is not far off from most of its airline peers. So at least it wasn’t punished for considering the safety of its passengers and employees.

In another bold move on the vaccination front, Delta has stated that any employee who refuses to get vaccinated will pay an additional $200 per month for their company-sponsored healthcare plan. The surcharge begins Nov. 1.

Wade Symons, a Mercer consultant on regulatory issues, stated, “We anticipate more companies will announce vaccine mandates and surcharges in the coming weeks,” according to Reuters.

The trend has already begun to catch on with other airlines. In Canada, Air Canada (OTCMKTS:ACDVF) has said that its employees must be vaccinated by Oct. 30, or they will be terminated or sent on unpaid leave. So if you’re looking for employment with this airline, vaccine-free is not an option.

Moves like this one are why I believe Ed Bastian is the best airline CEO. Others should follow his lead. 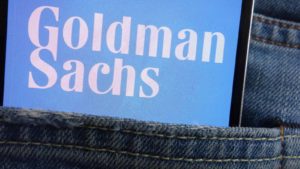 It goes without saying that when you work in an industry built on personal relationships, it makes sense that companies in that industry will be strict about vaccination.

Could you imagine a bunch of Goldman Sachs investment bankers running an IPO roadshow without this protection against Covid-19 for both themselves and their institutional investor guests?

I sure couldn’t, and neither could CEO David Solomon. The company requires all employees to be vaccinated by Sep. 7 or work from home. Additionally, if employees are vaccinated and go into the office, they will have to wear a mask.

In the first six months of fiscal 2021, Goldman Sachs had $7 billion in investment banking revenue, 57% higher than a year earlier.

Of course, as a CEO, it would be ridiculous to cater to a few employees who oppose a move that is beneficial for the company. And unfortunately, too much is at stake to do anything but mandate vaccines. As a shareholder, you ought to support this kind of leadership.

In July, Jefferies CEO Rich Handler wrote a letter to employees about what the company was doing to keep them and clients safe.

“The vast preponderance of people at Jefferies are vaccinated, and for that we are incredibly grateful.  Even so, this month we have had 40 new cases of Covid, including two short hospitalizations, almost all cases certain to be the Delta strain,” Handler stated.

As a result, Jefferies mandated that only fully vaccinated employees and guests could visit its offices. The same mandate applies to outside events. Post-Labor Day, all unvaccinated employees must work from home. However, it will make exceptions for people who did not get the vaccine based on their specific circumstances.

In Handler’s September letter to employees, the CEO made an excellent point that 400 million people are unvaccinated in India. Therefore, if one or more Jefferies employees were to travel there without vaccination, their return to the U.S. could endanger some of its more than 4,000 employees.

It makes total sense to require vaccination for business travel, given what’s happening in other parts of the world.

On Aug. 20, Moderna confirmed that starting in October, all U.S. employees will have to be vaccinated. It will consider religious or medical exemptions on a case-by-case basis.

It would be incredibly hypocritical for a company that will generate $20 billion in Covid-19 vaccine sales in 2021 — and more in the years to come — to do anything but mandate its vaccine for employees.

That’s not half bad when you consider that its TTM revenues are expected to triple by the end of fiscal 2021.

The CEO of the National Association of Manufacturers (NAM), Jay Timmons, put it best in his interview with CNBC:

“We’re in competition now all across every sector for workers, but in the end it’s better to have live employees than sick or dead ones, so this is something I think all employers are going to be grappling with.”

Morgan Stanley, like Goldman Sachs, generates significant revenue from investment banking. It saw $2.38 billion in the second quarter, which is 16% higher than a year earlier. Therefore, it has a duty to protect those revenues by mandating full vaccination.

If you’re a shareholder, I would hope that you would agree with this observation. If not, maybe you should consider selling your shares.

Since mid-July, the investment bank has required all employees returning to the office to prove they’ve been fully vaccinated. If they refuse, they will be barred from the office. That’s a polite way of saying they will lose their job if they don’t comply.

If I was a client of Morgan Stanley, I would appreciate that it takes the pandemic seriously.

In a related personnel matter, Morgan Stanley raised the base pay for junior bankers in late August by $10,000 to $110,000. The move will help the company keep up with surging wages that have come with the increased workload bankers have endured during the pandemic.

An unvaccinated employee will not only be barred from the office, but they will also miss out on more pay. Just get the vaccine. 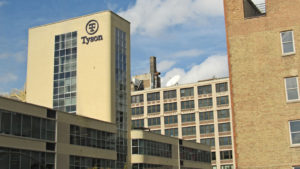 Over the past 18 months since Covid-19 took hold, meat processing plants have become coronavirus super-spreaders. So, it makes sense that on Aug. 3, Tyson announced that all U.S. office employees would have to be vaccinated by Oct. 1. All other employees, including front-line workers in the plants, get until Nov. 1.

“With rapidly rising COVID-19 case counts of contagious, dangerous variants leading to increasing rates of severe illness and hospitalization among the U.S. unvaccinated population, this is the right time to take the next step to ensure a fully vaccinated workforce,” said Chief Medical Officer Dr. Claudia Coplein.

The company has spent more than $700 million combating Covid-19. It only makes sense that Tyson doesn’t want such a large investment to go to waste because a few employees choose to opt out of vaccines.

To get its people vaccinated, Tyson is giving $200 to frontline team members who get vaccinated, plus four hours of pay if they do so outside of work.

Like the Delta incentive, this ought to move employees to do the right thing.

You’re probably wondering why I would pick a special purpose acquisition company (SPAC). After all, USHG Acquisition has yet to find a target company to combine with.

However, Danny Meyer, the founder and head of Union Square Hospitality Group, is the chairman of HUGS. His group requires that all diners and employees show proof of full vaccination to eat, drink or work inside any of its locations.

“This is the most logical thing I’ve ever seen,” Meyer said in late July on CNBC. “I’m not a scientist, but I know how to read data and what I see is that this is a crisis of people who have not been vaccinated, and I feel strong responsibility, on our part as business leaders, to take care of our team and our guests, and that’s what we’re doing.”

Given the restaurateur’s stance on vaccinations, I’m sure any possible target HUGS considers will be agreeable to a vaccination mandate.

As for Meyer’s possible target, the SPAC is looking at more than just the food and beverage industry for possible candidates. No matter what it ultimately chooses, the target will have to be a culture-driven business. 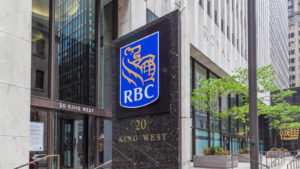 As a Canadian, it’s good to see that one of Canada’s big banks has chosen to lead by example.

In August, Royal Bank of Canada (RBC) announced that staff in the U.S. and Canada, whether they are office-based or working in branches, will have to be fully vaccinated to be on company premises.

As recently as mid-July, the bank hadn’t considered a vaccine mandate. However, the Delta variant changed all that.

“Increasingly, governments and organizations around the world are announcing plans to make vaccinations mandatory and many are adjusting guidance related to mask use, self-isolation and social distancing,” The Globe and Mail reported RBC chief human resources officer Helena Gottschling wrote in a memo to employees.

As for the bank’s financial performance, it reported record quarterly profits in August. The last thing it wants at this point is a Covid outbreak in the workplace throwing a wrench in its business.