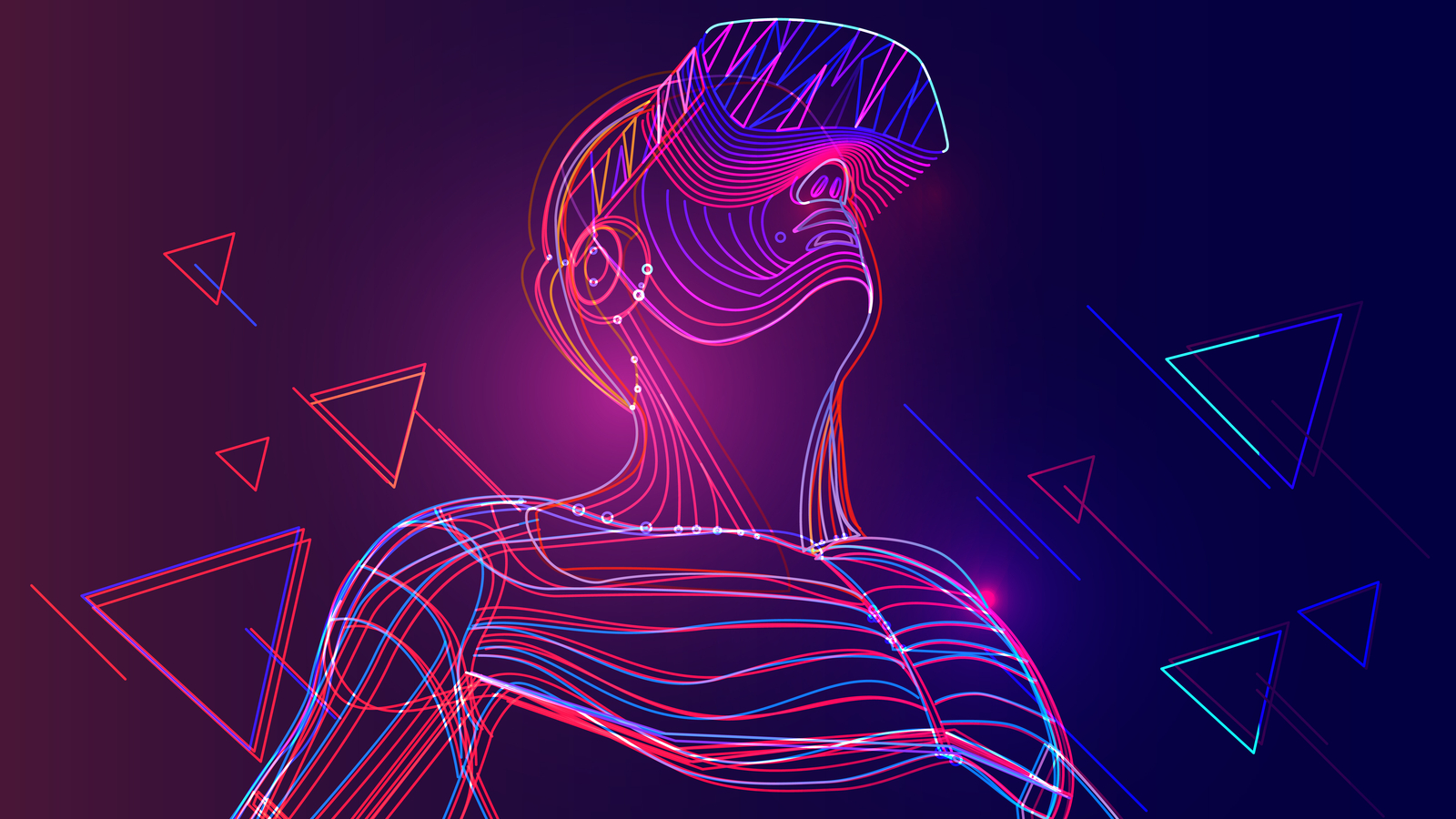 Casual onlookers may have a hard time digesting the broader implications of the virtual reality sector. Having personally stepped into the realm of digitalized ecosystems, I can tell you the practice takes some getting used to. At the same time, innovation is constantly moving forward, which makes the investment case for virtual reality stocks an intriguing one.

That’s really the main point about this market segment: no, it’s not going to appeal to absolutely everybody. Wearing a digital device on your head for extended periods isn’t exactly the most comfortable thing in the world. More critically, medical experts warn that VR headsets may cause temporary eye problems, such as strain or fatigue. Yet the narrative for virtual reality stocks continues to expand.

Whether you personally intend to use VR platforms or not, the question comes down to the numbers. And frankly, virtual reality stocks post very compelling ones. According to Grand View Research, the global VR market size reached a valuation of $15.81 billion last year. Further, it’s expected to increase at an 18% compound annual growth rate from 2021 to 2028. By the end of the aforementioned period, the market could command revenues of $69.6 billion.

Of course, opinions are like bodily cavities — everybody has one. But that doesn’t necessarily have to be a negative. For instance, data from Mordor Intelligence suggests that the global VR market could hit a valuation of nearly $185 billion by 2026. If so, that would represent a massive catalyst for virtual reality stocks.

Furthermore, VR isn’t just for gaming, although that’s where the stereotype often lies. Instead, tech engineers are exploring various applications, from defense to healthcare to education. If you can step away from any preconceived notions about the segment, these virtual reality stocks could offer robust upside.

With that in mind, here are 7 virtual reality stocks to buy for the big metaverse move:

Before we dive in, it’s important to realize that there are very few pure-play virtual reality stocks. Therefore it is important to understand any particular company’s other business units before pulling the trigger. I’ve also included augmented reality companies in the mix thanks to their similar profiles, giving investors a wider look at the digitalization of reality.

Offering no shortage of controversy, social media giant Facebook has brought the world some avantgarde ideas. Usually, the company hits it out of the park — that’s why Facebook is Facebook, I suppose. As you know, the company is one of the biggest investors of VR tech, which is all good and well. But management’s latest digitalization foray has me puzzled.

According to the New York Times, the novel coronavirus pandemic sparked renewed interest in VR-based solutions. Facebook is trying to capitalize on this trend with a virtual conferencing service. On one hand, I don’t necessarily disagree with the business move. At the end of the day, you’ve got to go where the money is.

But on the other hand, I think I speak for everyone: I don’t enjoy real conference meetings, so why the heck would I want to join a virtual one?

But again, I’ve got to take my own advice. As many professionals have complained, emails are ridiculously unproductive. If the Covid-19 crisis worsens, who knows? VR conferences may be the next big thing. In that case, you’ll want to add the social media firm to your list of virtual reality stocks.

Another one of the unsurprising stocks that’s making virtual reality waves is Sony. As the manufacturer of the world’s most popular video game console in the PlayStation, Sony has every reason to immerse gamers into fantastical (and addictive) ecosystems. Naturally, VR is the platform to go.

Before I get into it, I want to be upfront about my biases — I own SONY stock and I’ll probably be a lifetime shareholder. However, I can speak objectively about the underlying company’s VR headset: I don’t like it.  While your mileage may vary, the device made me sick, so I’m not going to be a customer anytime soon.

But don’t let my review dissuade you from SONY stock. According to TechRadar.com, Sony’s PlayStation VR has many positives, including its relatively low cost and high-quality performance. Even as someone who doesn’t like the virtual gaming experience, I can see how in certain categories, VR might be a superior choice over a two-dimensional screen.

In particular, VR headsets facilitate depth perception in auto racing games, a critical attribute in the real-life sport. Thus, SONY may outshine other virtual reality stocks thanks to the extraordinary power of gaming.

A key competitor to Sony in the video game space, one-stop-shop consumer technology firm Microsoft makes for a compelling argument for VR integration. However, the company hasn’t advanced any solutions, which apparently is making fans of Microsoft’s Xbox console antsy.

As evidence, VRfocus.com reported that an error message appearing on an Xbox Series X implied that Microsoft could soon provide VR support, which sent the rumor mill into a frenzy. However the tech giant quickly dispelled those rumors, potentially disappointing many.

Nevertheless, it raises a business argument: if Microsoft builds it, they will come.

For now, those seeking virtual reality stocks will have to depend on the company’s more serious VR-based ventures, such as Microsoft HoloLens. Billed as an “ergonomic, untethered self-contained holographic device with enterprise-ready applications to increase user accuracy and output,” the team behind HoloLens claims to reduce downtime and speed up onboarding for its enterprise-level clients.

In addition, the system offers myriad applications, including treatment delivery services at the point of care for the healthcare industry and facilitating experiential learning for academic institutions.

And while it’s just speculation for now, I don’t think Microsoft will ignore the potential sales that a VR headset for its Xbox console will generate.

Although the focus of this article is on virtual reality (VR) stocks, I don’t think investors should ignore the potential of augmented reality (AR). If I’m being perfectly honest, AR probably has a larger addressable market than VR applications. Certainly, it’s more palatable than VR, which may be why Alphabet’s Google is so heavily invested in augmenting our reality.

Just like the name suggests, AR focuses on juxtaposing virtual images into our reality through the use of our conveniently portable smart devices. Better yet, as Google explains on its AR webpage, “Augmented reality overlays digital content and information onto the physical world — as if they’re actually there with you, in your own space.”

Critically, this means in part that whatever images are overlaid onto your device are dimensionally accurate. For instance, if an architect wants to display her vision via AR to prospective investors before the project begins, it’s vital that the projected image stay true to proportion.

With so many angles that AR applications can take, anyone interested in the blending of reality and virtualization should consider Alphabet stock.

When it comes to virtual reality stocks, there’s a natural tendency to focus on the headsets. While you can’t get a virtual environment without that device, that’s really only a small component of the VR picture. Indeed, the innovation for the consumer level couldn’t have started at this price point without powerful computing processors.

In the business of processors for gaming, there’s arguably no better name than Nvidia. And before hardcore gaming fans start warming up your emails, please note that I said arguably.

But what’s not up for debate is that in virtualized environments, performance is everything. Even in the best of times, playing VR games can make people sick. According to Healthline.com, while your brain thinks you’re flying through space or whatever, “the muscles and joints of your body sense that you’re sitting still, and not in motion.”

That can make for a very confusing experience for your brain, causing motion sickness. But encountering performance lags during gameplay is a surefire way for everyone to get queasy. Hence, for your virtual reality stocks, don’t ignore the background players like Nvidia — they’re the most important people in this arena. 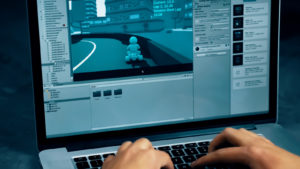 Billed as the leading videogame engine, Unity Software may not be a household name for non-gaming fans. However, as an organization that undergirds VR technologies along with other innovative applications, Unity Software offers an intriguing case among virtual reality stocks.

Thanks to a remarkable suite of performance capacities, including high-definition rendering, spatial audio and variable particle systems for a truly immersive end-user experience, Unity claims that it offers the “preferred platform” for VR content creators.

While gaming is Unity’s bread and butter, the tech firm has gone onto other applications, such as using interactive VR technology to market the Jaguar I-Pace, the automaker’s first foray into all-electric vehicles

Moreover, the company delivers various solutions for the transportation and manufacturing industries, as well as scaling applications for architectural, engineering and construction projects.

Put another way, Unity is among a growing number of organizations extracting utility from VR technologies, making it one of the most relevant virtual reality stocks you can pick up. 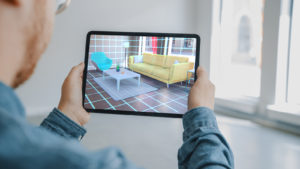 If you want to dial up the risk-reward profile for your virtual reality stocks, look no further than NexTech AR Solutions. As you might guess from the brand name, the company deals with augmented reality-based solutions. But as I mentioned earlier, AR and VR share the same basic principle in that you’re using digitalization to either provide an immersive consumer-level experience or promote superior outcomes relative to analog-based solutions.

With NexTech AR, the company focuses on improving its enterprise clients’ return on investment through augmented solutions. For instance, NexTech mentions on its website that “71% of consumers would shop more frequently if using AR.” It’s a believable concept because of the scaling advantages that AR provides.

As mentioned in the Alphabet section, AR technologies generate juxtaposed images according to dimensionally accurate metrics. Suppose that you’re shopping for a new appliance or a piece of furniture. Through AR, you can determine whether that French door refrigerator you’ve been eyeballing will actually fit in your kitchen.

That said, NEXCF stock is admittedly risky, with shares down over 68% on a year-to-date basis leading into the Labor Day weekend. Gamble accordingly if you decide to wager at all.

On the date of publication, Josh Enomoto held a LONG position in SONY. The opinions expressed in this article are those of the writer, subject to the InvestorPlace.com Publishing Guidelines.