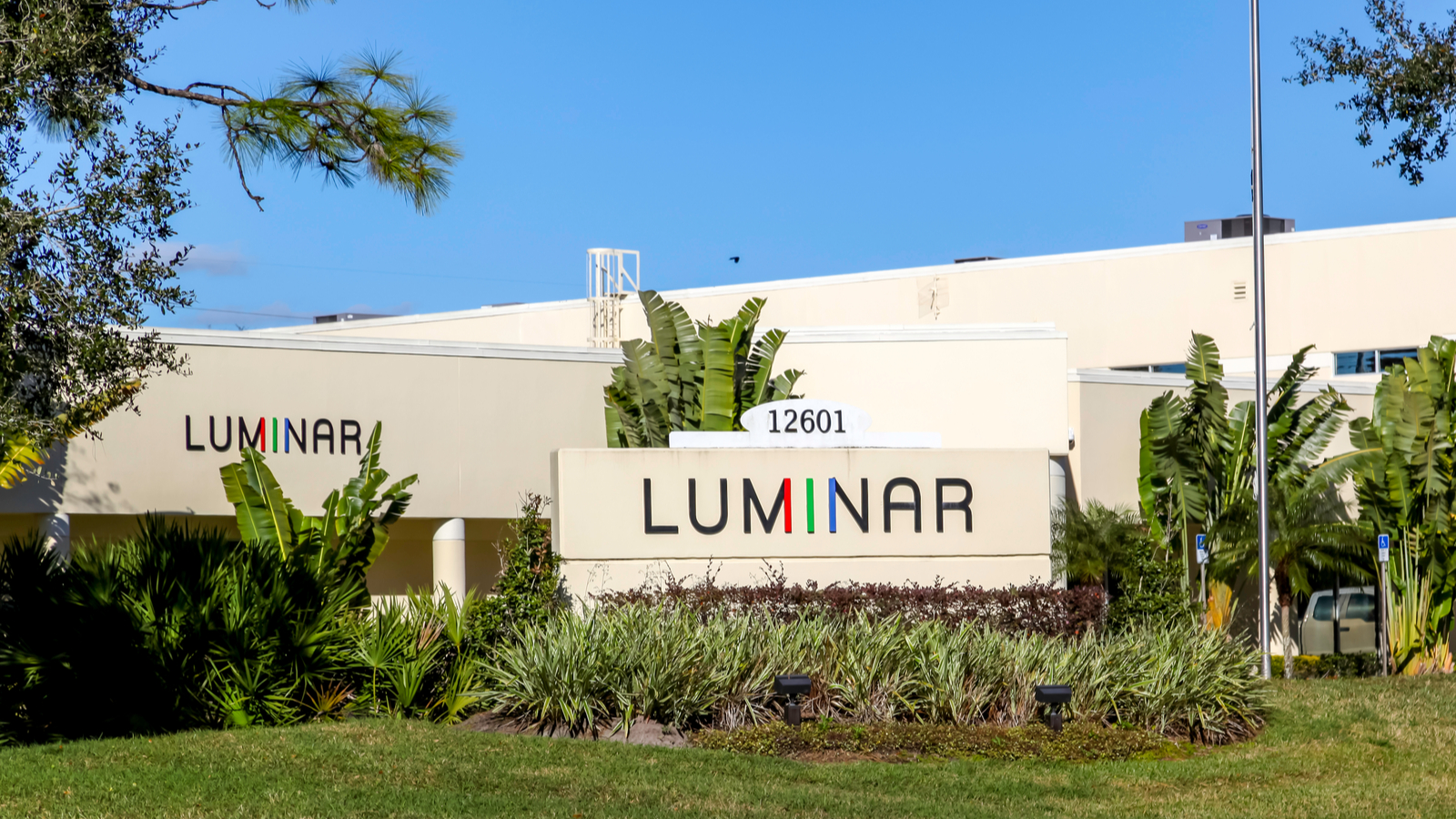 However, Luminar’s shares have been in a steady downtrend over the past few months. That’s understandable, as both SPACs and EV names have been in a grueling correction for quite a long time. However, unlike many of its peers, Luminar’s outlook still shines brightly through the fog currently clouding its sector.

A Massive Deal Between Luminar and Volvo

Earlier this year, Volvo announced that Luminar would provide the lidar technology for Volvo’s vehicles.

Henrik Green, the automaker’s chief technology officer explained why it had chosen Luminar: “Autonomous drive has the potential to be one of the most lifesaving technologies in history, if introduced responsibly and safely […] Providing our future cars with the vision they require to make safe decisions is an important step in that direction.”

Volvo will be introducing its next-generation vehicles in 2022. They will feature Luminar’s technology, which will be installed  in the vehicles’ roofs. The vehicles will also offer Highway Pilot, a feature that takes control of them and autonomously drives them when conditions permit. In addition, Volvo intends to implement advanced driver assistance systems (ADAS) using Luminar’s technology.

The deal could be a massive win for Luminar. And once drivers become accustomed to Volvo’s advanced driving features, other automakers will have to adopt lidar from providers such as Luminar to keep up with the Swedish automaker.

Luminar has made other major deals besides the ones with Volvo; its key clients include robotaxi firm Pony.ai and Airbus (OTCMKTS:EADSY).  Lidar makers’ main customers are automakers for the time being. However, the Airbus deal shows that the technology can be used in other transportation markets such as aviation.

Admittedly, skeptics can criticize Luminar for its relatively low sales for the time being. Luminar is only expected to generate around $30 million of revenue this year.

That’s a fairly modest amount. Like many SPACs, Luminar expects big things in upcoming years such as 2024 and 2025 as commercial adoption of lidar starts to climb meaningfully.

But things could certainly go wrong for Luminar. It is far from the only company focused on lidar, and a rival could end up winning the majority of the market. However, Luminar’s orders are very strong right now. And the SPAC deal gave it enough funds to keep building its business and continue its research and development activities.

Luminar’s management never expected the company’s sales to grow at lightning speed. In fact, the company actually raised its guidance this year.

But its goal all along was to get large customers such as Volvo to make big purchases in future years. Investors shouldn’t become overly pre-occupied about the automaker’s results this year.

The Verdict on LAZR Stock

Last year, I suggested that SPAC Gores Metropoulos –Luminar’s SPAC partner — was worth keeping an eye on. While I noted that Luminar was unlikely to be an overnight success, its strong technology and patents gave it durable advantages.

EV stocks have had a brutal time in the last six months or so. Numerous once high-flying electric vehicle companies have lost the majority of their value amid scandals and technological shortcomings.

LAZR stock, by contrast, continues to trade well above the initial $10 SPAC offering price. Some traders have grown frustrated with Luminar for not progressing more quickly. However, I’d argue that the company is still on track to accomplish its longer-term vision.

For patient investors who want a so-called “picks and shovels” EV stock, Luminar still holds a lot of merit. While EV stocks in general have lost their spark, you don’t have to abandon the space entirely. Firms that enable the EV revolution  still have a chance to generate considerable value for investors.

On the date of publication, Ian Bezek did not have (either directly or indirectly) any positions in the securities mentioned in this article. The opinions expressed in this article are those of the writer, subject to the InvestorPlace.com Publishing Guidelines.