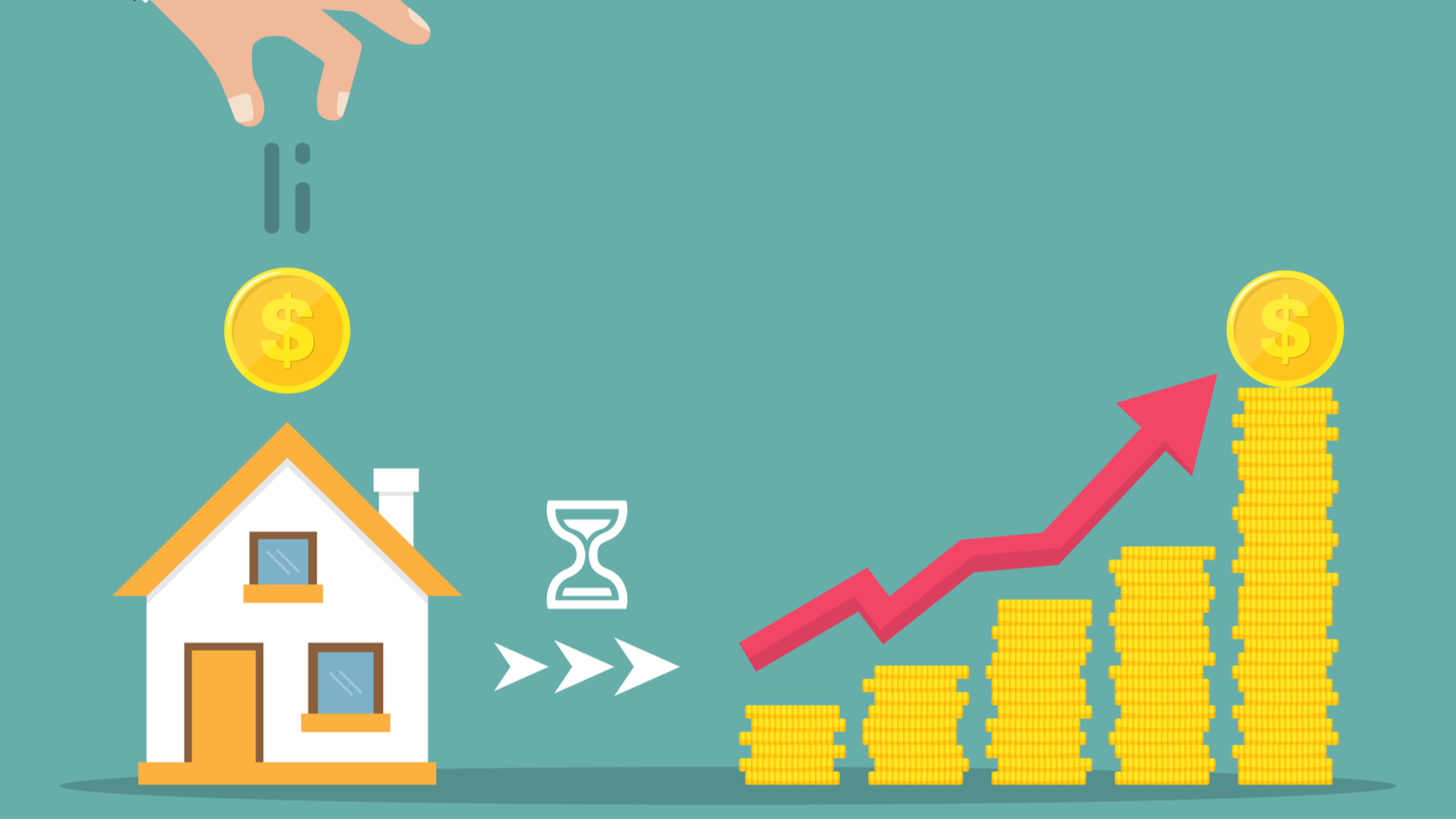 By most definitions, long-term investing is a strategy that requires holding stocks for more than a year. This strategy generally also requires a diversified asset base that includes bonds, ETFs, stocks, real estate, and mutual funds. Accordingly, the search for long-term stocks to buy is on, for most investors looking to build a balanced portfolio.

This article is aimed at investors with a time horizon of at least one year, looking at the stock market. Indeed, market volatility is very high right now. That means traders have lots of opportunities. And while I wish them the best of luck, a long-term view has historically outperformed all others.

The S&P 500 experienced 11 negative years in the 47-year span between 1975 and 2022. An investor with a diversified portfolio and a long-term position stands a strong chance of realizing positive returns.

The weak market only sweetens the opportunity. Accordingly, let’s take a look at some long-term stocks to buy for investors seeking opportunities right now.

Investors got wise to the opportunity in Costco (NASDAQ:COST) stock in late 2021. That was right around the time that inflation concerns were gaining traction publicly. Prudent investors realized that the good times were likely to wind down, and consumers would soon be tightening their purse strings. Such a scenario logically implied Costco’s wholesale retail goods would see a spike in demand, raising share prices.

This year, COST stock has seen three distinct price peaks. Right now, this stock is trading lower. But for long-term investors, this could provide a great opportunity. That is, for investors who believe in the company’s consensus price target of $565.23 with shares trading below $500.

Unsurprisingly, Costco’s 10-year annual average returns above 20% have outpaced the tech-heavy Nasdaq on which it’s listed. That is a particularly strong testament to the company, as easy monetary policy gave tech stocks a massive advantage over the prevailing decade.

It’s also a clear indication of Costco’s business strength in the long term, which, in tandem with short-term tailwinds, makes it an obvious winner.

Apple (NASDAQ:AAPL) stock, Like Costco and many others on this list, has proven very successful. It’s been one of the best long-term stocks to buy, historically-speaking, for all investors. Like Costco, it has provided annual returns above 20% over the past decade.

But there is a difference. Apple was one of the most prominent beneficiaries of the tech boom that followed the 2008-2009 crisis. That could cause some hesitancy among current investors who wonder what the emerging higher-interest landscape will evolve into.

Generally speaking, the more the Fed ramps up interest rates, the less appealing tech stocks become. With the Fed signaling an additional 125 basis points of increase this year, Apple investors have reason to worry.

Combine that notion with the fact that Apple’s P/E ratio remains above its 10-year median and things worsen.

But Apple’s sky-high profitability should ease some of those worries. Short-term bumps will occur. But as long as Warren Buffett’s portfolio is Apple-dominant, the long-term thesis remains valid. I think Apple is a company creating must-have tech products with global appeal that’s worth the risk right now.

Dollar General (NYSE:DG) stock has received lots of attention as a discount retailer in 2022. As recession fears mount, the thinking goes that DG stock could see foot traffic rise along with sales.

This idea has proven to be an accurate one, reflected in the company’s Q2 earnings report. Revenues increased 9%, reaching $9.4 billion during the period. Earnings per share spiked nearly 11%. And the company’s CEO increased share purchases, while also declaring a 55-cent dividend. Overall, operations appear to remain very strong.

That’s all good and well, but isn’t Dollar General looking at bit pricey? Isn’t its growth more of a short-term opportunity? After all, DG stock trades around $240 per share and has a target price of $268. So, it doesn’t have much upside.

I don’t think this stock is only a short-term opportunity. That’s because Dollar General has been profitable in 10 of the last 10 years. Additionally, the company is expanding rapidly. Dollar General is expected to open around 1,100 new stores in the current fiscal year. That might mean that analysts have to rethink valuations, pushing DG share prices even higher.

Visa (NYSE:V) is perhaps the epitome of what many look for in long-term stocks to buy. This is a company that seems to do most things well. That translates to stock that is well-rounded and should appeal to long-term investors.

It’s a blue-chip stock with a respectable dividend and a history of providing investors annualized 20% returns over the past decade. There’s a lot to like about Visa’s business model, and this company’s stock price performance also suggests it’s worthy of a long-term investment now. Visa currently carries an average target price near $260 per share, but trades around the $180 level.

Most of the current trepidation from bears stems from the idea that any oncoming crisis will stifle consumer spending, thereby choking Visa. Fed data shows that credit use is surging as inflation remains high. It’s likely going to take a lot more trouble to tamp down spending habits in this country. Visa benefits from that.

These short-term factors notwithstanding, Visa’s business durability is evident in profitability ranks that are exceptionally high. Its margins and returns on equity, assets, and invested capital all rank in the 80th and 90th percentiles.

I think Taiwan Semiconductor (NYSE:TSM) stock will remain strong, despite a downturn in chips stocks. That’s because this company is vital to this sector, and will remain critically-important even as demand for smartphones and computers likely deteriorates in the short term.

Taiwan Semiconductor is the world’s largest and most important semiconductor foundry. It handles third-party manufacturing for the who’s who in the tech world. Following the recent downturn, analysts remain upbeat on TSM shares.

Bernstein analyst Mark Li expects the company to grow earnings 24% annually over the next 2-and-a-half years. With its forward P/E ratio of 13, this implies strong upside.

Taiwan produces approximately 90% of the world’s advanced chips. Accordingly, Taiwan Semiconductor is the flagship firm in this highly concentrated sector. Personally, TSM stocks looks deeply undervalued, and I think investors who believe the downturn was an overcorrection should buy this stock right now.

Currently, TSM stock includes a dividend that pays roughly 45 cents per quarter. That smooths some of the volatility in the near term. However, investors need only look at TSM stock’s long-term growth trajectory and the company’s profitability for reasons to jump in.

Both companies have grown rapidly over the past decade. In fact, MELI stock has produced annualized returns of 26.63% over that period. It is the rare stock that has proven able to turn $1 into 10.

Investors would do well to consider MELI stock because its growth is difficult to ignore. This company boasts a 3-year revenue growth rate of 63.7% and a 3-year EBITDA growth rate of 154.3%. Both of those metrics fall above the 96th percentile of comparable firms.

Accordingly, I think MELI stock is deeply discounted right now. Analysts assign 57% upside to this e-commerce player, based on its earlier price of $827 and a target price of $1,304. The company presides over a geography that is fast-growing and quickly moving online. Accordingly, this company truly looks like an incredible opportunity that people will be kicking themselves to have missed a few years down the road.

Energy stocks like Chevron (NYSE:CVX) are divisive. There’s the environmental argument that the world is moving away from the dinosaurs, literally and figuratively. The counterpoint here is that nothing slows from 60 to 0 without transitioning. In other words, the global economy will remain dependent upon oil for some time whether you like it or not.

And then there’s the market-based argument that oil stocks including Chevron remain overvalued, even as gas prices subside. That said, CVX stocks remains one of the long-term stocks to buy that still has upside based on analyst targets.

Even if Chevron falters there’s positive news to be had: Chevron was very shareholder friendly during the 2014-2015 period, during which oil pieces tanked. The company focused less on oil extraction and more about rewarding loyal shareholders during that time.

Chevron may not be as renewables-focused as competitors across the pond like BP (NYSE:BP). But Chevron is investing heavily in this space, expecting to spend around $10 billion on renewable energy technologies by 2028. Thus, CVX stock is a balanced energy play that can win over multiple time horizons.